When do you call a bird a lifer? Some say the first time you see one, a logical thought and technically accurate. Some say the first time you see one in a specific place, such as Canada, or Nova Scotia or even in your yard. Are they lifers too, but just with the location appended? Again, technically correct. If you’ve not seen a Black-throated Blue Warbler in your yard before and one pops up, then it is a bird for your yard life list, because you saw it during your life and in the yard. Obviously life is the operative word here, dead people go in for that sort of thing, they’re too busy ticking all those extinct birds that have now become mostly unexpectedly available.

I suppose what you call a lifer is up to you, but I tend to agree that a life bird can only happen once in your life and that on other lists, location based, it is simply reduced to tick status. I mention lifers because we seem to be on a constant loop on Facebook bird groups of people proclaiming lifers when sometimes, the birds are not lifers, just the first time that the individual has identified one.

That might sound a bit pedantic but, if you tick a Eurasian Starling as a lifer when you start birding as an adult, then you’ve not been paying attention. Depending where you live, and for the sake of debate we’ll stick to Nova Scotia, there is a whole swathe of bird species that definitely are not lifers for people, because they have definitely seen them before. I’m thinking crows, jays, doves, some sparrows, robins, goldfinches, even Black-capped Chickadees that are so ubiquitous that you’d have to be pretty detached not to have seen one, even if you had no idea what it was at the time.

I suggest that a workaround for this obvious huge issue, well alright molehill with potential, is to declare that you don’t get a life bird until you have seen all the species on a proscribed list. The species, drawn up by a team of experts, would include all the ones you have definitely encountered by being alive but not identified through lack of sentience.

Think about it, you probably saw the moon well before you could talk but did you wait until you called it the moon before counting it on your natural satellite list? What do you mean you don’t keep one? I shouldn’t worry if you don’t, in the short-term it won’t matter, as a species we’re never going to hit our environmental targets, the ones that will keep the planet from wiping us out because the majority of us are too stupid to get it, sad really, next please.

There you go, a nice cheery start to the blog post. Here I thought I’d whack in another bunch of Wood Stork shots, just because I can. It was still there to Jun-26th at least and just about everyone who wanted it has put money in the gas companies pockets to see it, bless.

I’m a Twitter user and, despite the negativity for it out there, I enjoy it. True, idiots abound but most make tweets to aggrandise themselves, they’re often crappy actors or comedians or attention-seeking parasites called Marge, Donald or Piers or something. Social media is a way of keeping them visible when, in the old days, they’d end up pushing carts at the supermarket for a living, (don’t jump on that, pushing carts at the supermarket is a task even the stupid could do, ask Donald, oh, hang on). I recently tweeted a photo of my Nephew’s little yard in the UK. He’s re-wilded it, at his own expense, and  is now reaping the delights of wildlife coming to him.

I thought folks would just be interested, I personally think it should be enshrined in law that a percentage of a yard of over X, that would be a size to be agreed, should be wild, uncut, un-sprayed, wild. What surprised me about the tweet was the response I got, many taking up against his neighbours who’d complained about his yard looking untidy. I didn’t name names, but the feeling was that they should mind their business on this one. Below is the yard and a snapshot of the twitter analytics from Jun-28, compared to one of my regular tweets, I think it went viral.

It was all good fun for a while, but I got a national newspaper asking for the story. Any pro-environment publicity is good publicity right? Wrong when the asker is News International, right-wing shitbags that they are. I was polite, of course, but took pains to explain our ethical differences.

Summer sees me looking more at insects. I regularly visit an old quarry in Barrington which is good for odes and leps. It has also been quite birdy and has a breeding pair of Spotted Sandpipers. This one stood long enough to be snapped.

A little reminder here about our books. Pending is one of our birding travel books, this time we have done Ecuador, based on a guided tour from back in 2007. Lots of photos, commentary and, hopefully, a feel for the trip. We used Tropical Birding, a Quito based tour company. Expensive but, if you have the cash, worth it. We price our books at rock bottom, as low as Amazon allow. I did a little calculation re how much we make (.27c per book). If we want to recover the cost of the Ecuador trip, we need to sell 44, 444 eBooks. Given that we usually sell less than ten, we have work to do there. Here is the cover, it should be live very soon.

Obviously I have something of a catalogue of books available now, nineteen titles to be exact. Visit your local Amazon, type in my name and you should see some although Amazon won’t show them all together, it’s just their way. On Amazon you can take a look inside, a nice feature is you’re considering one of the trip books.

Sandra and I were out looking for bugs along the Clyde River recently when a Common Nighthawk flew over, then another. Soon we had five directly overhead chasing insects. It was the middle of the day so the sun was high and backlighting the birds. I got a two-star image of a bird chasing an insect, and enough one-star ones to make a little montage.

During the course of my mothing, that is lurching around the front deck desperately trying to photograph the moths that come in to the porch light, I see a few other insects. On Jun-26 I heard a clatter as something substantial hit the window. On the deck, on its back, was a monster of a bug clearly not amused. I flipped it over and it went into defence-mode. I took a few shots then liberated it to the wet grass. It was an American Giant Water Bug, about 10cm long, I’d never heard of one so I was pleased to meet it. It was species number 3009 for me in iNaturalist and species #1247 for our yard.

Finally I, as a proud Canadian even though I’m CFA!, will always stand up for what is right and what supposed religious people are doing right now just isn’t right. We won’t tolerate them and their poison, here or anywhere. 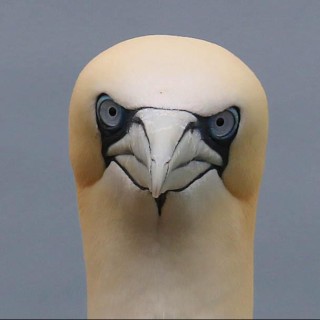 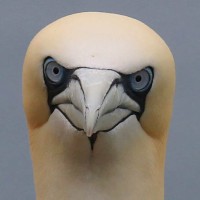